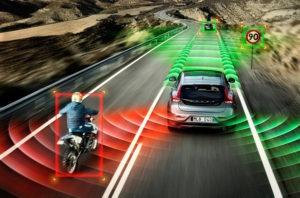 Cars capable of driving themselves – some of the time at least – are taking on the roads. There are two competing approaches:

Every century the humans come up with at least one revolutionary change. It happened when digital cameras replaced film cameras. Now the printing industry is dying in favour to the emailing and electronic documents storage. Any revolution comes with skepticism but technology always wins because it makes our lives easier and better.

There are many historical parallels with the advent of the motor car more than a century ago. Among them: concerns over safety, regulatory uncertainty, liability in the case of accidents and worries that the new technology will destroy jobs. The car displaced the existing travel infrastructure built around horses and carriages. Obviously it impacted their related professions as well. But it also created new jobs for mechanics, drivers and workers in roadside service stations. It stimulated commerce more generally (car rentals business is one of the instances) by making travel easier. A switch to autonomous vehicles, feared by truck drivers and taxi drivers, would have a similar dislocating affect, but also offers benefits in the long term.

Just imagine, you can still commit to a few drinks at work while your vehicle is waiting for you at the car park. You can go on travel and save on a hotel room while your car is driving you far away at night and your whole family is having a nap at the back. We are thinking that self-driving people movers and motorhomes are going to be the most popular autonomous vehicles for rent. They are already self-driving trains all over the world, so why not buses and mini vans next?

Models suggest that shared, self driving taxis could reduce the number of vehicles needed in a typical city by 90%. Most people would no longer need to own a car. Space wasted on parking (as much as 20% of the area of some Australian cities) could be used for housing or parks. And autonomous cars could be electric, thus reducing climate-changing vehicles might greatly expand demand for products (such as food) made locally. In developing countries, billions of people might skip car ownership altogether. Car accidents and death would plummet. Just as cars reconfigured cities in the 20th century, both history and current trends suggest that autonomous ones could do the same in the 21st.

We suspect the car rental companies would experience a revolutionary change in its services as well. Low Cost Car Rentals has already replaced all the manual cars with automatic. The reason being, we spotted that 97% of our customers preferred automatic transmission over the manual. Despite, the manual cars were involved into more accidents and we want our customer to be safe and happy.

We also foresee the rental rates might raise until the self-driving cars get cheaper. However a lot of people under 25, young tourists and professionals can avoid extra fees and charges. No more excess reductions, no extra charges for overseas license holders and no P-plates. Everyone would be able to save any costs associated with just being an approved driver.

Insurance industry will freak out at first. The road Police will have to make a lot of adjustments into their day-to-day responsibilities. Nevertheless the benefits the change offers just too good to stop it. All of our Low Cost Car Rentals staff here in Sydney can’t wait for this revolution to happen.

We all know, the vehicles are more exciting if piloted by humans. But in future that seems likely to be the exception, not the rule.