Here, at Low Cost Car Rentals, we value our customers and their safety. 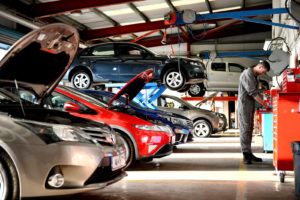 Safety on the roads starts with choosing the right car to hire. Here, at Low Cost Car Rentals, we are always ready to help and answer any questions you have. We want to make sure your car rental period is about you, your family and your destination, and worry free when it comes to the hired vehicle.

Before we give you the vehicle:

When you are picking up the car:

When the car is on rent:

When you are dropping the car back to us:

Your safety is our main priority. Please be safe on the roads, drive carefully and obey the road rules.

In case you have any concern, please make sure you call one of our staff members and discuss it. 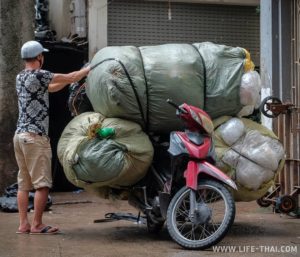 Asking car rental company the right questions can save you some money. It will also assure you get the most comfortable and convenient rental vehicle for your needs.

For example, if you let the rental company know you are only 2 people but you plan to carry a lot of luggage. They would recommend you renting a sedan over a hatchback. You might pay a little more but you will not face a trouble of trying to fit your surf board into the rental Toyota Corolla Hatch.

Unfortunately, people are still doing the same mistake. Even worse, then they shift the blame on the rental companies.

The most common mistakes:

Please remember, especially during the peak season, Low Cost Car Rentals gets at least 50 emails and over 200 phone calls every day. Our staff is trying their best to ask you all the important questions. Nevertheless, it is your responsibility to make the final call on which car to rent.

What is the right knowledge the car hire company needs in order to provide you the best car for rent? Think before enquiring, may be they are some circumstances about your trip you need to let the car rental company know. Here is the short list of things that you might let your car rental company know before booking the car for hire.

Please do the home work to make sure the list is complete. Once you got a quote, please make sure you search the car on Internet and read its specifications.

There is always that one traveller who is unique and here at Low Cost Car Rentals we are happy to assist. 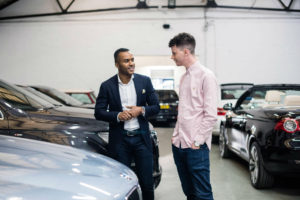 When you enter into a car rental agreement you are signing a contract that will make you liable for payment when a car is damaged. Whenever you are renting a car you should definitely inspect the vehicle thoroughly. Most reputable rental companies will provide you with a damage report to fill in. If a rental company does not provide this, you should be very cautious about renting from them. So what should you mark on your damage report? We hope the following list is of assistance.

Check for dents and scratches and mark them in the corresponding area of your damage report. Good practice is to circle the area on the damage report where there is a dent. Place an ‘X’ where there are stone chips and scratches. Use lines to indicate long marks or scratches. It is also good practice to put notes on the damage report explaining what you have marked. It also helps to take a video or photos of what you find. If you do this try and get a shot that shows the  position on the car, not just a close up of the damage. Be thorough with your inspection and ask questions of a company representative if you are not sure what fair wear and tear is.

It is important to check the windscreen carefully. Most rental companies deem small stone chips as fair wear and tear. Always make sure you mark any windscreen chips on the damage report using and ‘X’.

Sometimes you might come across damaged interiors in rental cars.  If there is no room on the damage report to mark this, then writing a comment about the interior damage is acceptable. You may want to note things like rips and tears and stains so that you avoid cleaning fees.

Drivability of your vehicle.

Rental cars come in various types, ages and condition. If you have elected to drive an older model car then there may be some things that you have to accept. Things like faded paint and interiors are inevitable on older model rental cars. However, they should always be maintained to roadworthy standards. Things like lights, windscreen wipers, tyres and brakes should be serviceable. So if you notice issues with these, bring them to the attention of your rental company.

At Low Cost Car Rentals, we understand that accidents happen which is why we give you a damage report to fill in. We always recommend you take your time with filling in the damage report and take a video or photos of your rental vehicle.

Often people enquiry Toyota Corolla, not Toyota Camry for rent. They think about saving a few bucks on the rentals. A lot of people know that the Camry is bigger in size that they see as a disadvantage. And not all people understand the compromises they make choosing a smaller car.

Both of these vehicles are popular Toyota models, but it can be difficult to tell their differences just by glancing at them.

Lets compare the two side by side and see if it is true. Hope this guide will help you choosing a better car for your next rental.

Why rent a Hatchback? 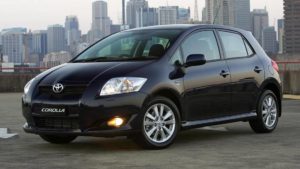 Lets assume you already know that Toyota Corolla comes in two shapes – hatchback and sedan. The major difference between the two is the size of the boot. But it does not mean renting Camry will automatically allow you to carry more.

Hatchbacks are often referred to as 5 doors cars, meaning the access to the boot is through the fifth door and it is slightly bigger and more convenient than a boot access in the sedan. Why would it matter if the boot is small? Lets look at the real life examples that would help you to choose the cars for rent.

Scenario 1. Julie and Adam have bought a brand new TV 70″. They wish a car for rent to deliver their TV from the shop to their house. The best choice for Julie and Adam is the Toyota Corolla hatchback. Folding the back seats down will give them enough boot space and comfortable access to it.

Scenario 2. Matthew and Susan visiting Susan’s parents in Sydney. They travel with their newborn baby boy Ayden and carry a lot of baby stuff and a large bag of their own clothes and gifts for the relatives. The best option for Matthew and Susan is to rent a sedan, either Camry or Corolla. The bigger boot can fit all the luggage without folding the seats. The rear of the car will have enough space to install the special child seat for the newborn.

Why choose a Camry Sedan for rent over Corolla Sedan? 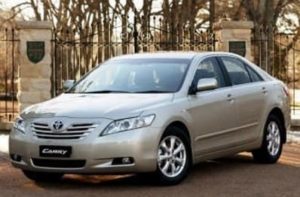 These models might look similar, but they actually fall under two difference classes of vehicles. The Corolla is considered a small size sedan and the Camry is a midsize sedan. Since Corolla is a smaller car, it might give you a slightly better mileage. However, the difference will not cost you an arm and a leg unless you intend to travel around Australia.

Lets modify Matthew’s and Susan’s situation described in the previous chapter and add another condition to the equation.

Now, the couple wants to visit a few relatives in the country and will need some space for Matthew’s in-laws Brendan and Bridgit. There would be only minimum of baby clothes and nappies in the boot. So some people might even think a Toyota Corolla Hatchback would will fit it all. Which is partially true. Any 5-seats car can fit 4 adults and a child seat. However, if you ever travelled in that car for more than 20km, you would understand our concern.

Toyota Camry will comfortably pick up the speed after slowing down on the turns, and will better handle up- and down- hills. Even having very big load on the car, you should be able to comfortably use the Camry’s cruise control allowing the car adjust the speed and get to your destination faster.

Surprisingly, not all the hatchbacks fitted with the aircon vents at the back.

So travelling in the overloaded Toyota Corolla most probably would add some time to get to your destination. You would also need to allow extra stops for the fresh air and limbs stretching. Give the driver extra support as they would need to handle most of the trip without using the cruise control. 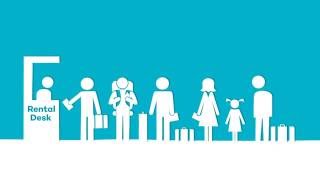 It is easier to select the car for rent rather than compare the car hire deals.

When you get a quote from a hire company for Sydney car hire, you just assume that the price on the quote is the price you will pay.

Don’t be fooled by the numbers! Read blow to know what are some of the gotchas with the car rentals prices.

What often happens is that when you picking up or returning the hire car you may be slugged with all manner of extra fees such as:

Unfortunately, those fees are not uncommon in the car rental industry. When you face these extra hidden costs you have no option but sign the contract and pay it.

Low Cost Car Rentals live up to our reputation and words

But not at Low Cost Car Rentals! When we provide a quote for cheap car rentals, we guarantee there will be absolutely, no hidden costs. All our prices include the default insurance cover and once the full amount paid you can drive away. And you get your credit card bond back as soon as you return the car when meet the simple conditions:

The price per day we tell you in your quote is the total price you will pay for your rental car!

But we let you know this upfront, because we pride ourselves on transparent and honest pricing.

The safety and comfort of our customers is paramount to us, so you can have peace of mind knowing our cars are always safe and reliable. If you have rented our car for long term and noticed it is due for a service or something is worrying you, please do not hesitate to get in contact with us and we will organise a day when you can bring the car for a quick check up or service.

Low Cost Car Rentals Sydney are not the same as other hire car companies. We are a family owned Sydney car rental business with a focus on customer service.

Lastly, we have include a free 24/7 road side assistance to every single car hire. As we want you to be safe on the road and enjoy the trip as much as possible.

We will go the extra mile to make sure your car hire experience is as stress free and economical as possible.

If you need something special, our staff will go out of their way to make sure you get it!

So, no, not all hire car companies are the same. And that is why our customers keep coming back to us at Low Cost Car Rentals Sydney time and time again.

We will happily organise a quote for you and stay true to our motto. We guarantee that the price we say is the only price you will pay!